For this, my second post on the Chemists Without Borders blog, I had prepared a more “academic-sounding” post about Making “Low-Tech” Biochar Adsorbent For Decentralized Water Treatment. While that’s an interesting topic (I hope…), we’ll save that discussion for next week as I’ve just returned from a real Chemist-Without-Borders situation with visceral immediacy I’d like to share instead…

The last time I was in Ler Per Her village in Karen State, eastern Burma, it was May of 2009. I met with village officials to discuss installation of a water treatment system serving the health clinic and surrounding community, and promised to come back after the incipient rainy season to complete the project.

I shook hands with the locals and boarded a long, narrow Karen canoe for the trip across the deep and cool limestone cliffed Moei River to Thailand. Once across, I scaled the steep, sandy bank through clumps of bamboo, and hiked along under the shade of teak trees through a winding track flanked by bougainvillea, where a brood of scruffy goats munched the underbrush around a humble thatched-roof abode. Emerging from the verdant jungle onto broken pavement, I commenced to travel, first on the back of a motorbike and then in the back of a truck, and then the back of another truck, and then in a tuk-tuk, and then on an early morning bus, and then in another tuk-tuk, and then in several airplanes, and then overnight in the backseat of a friend's Subaru, and finally found myself in Boulder, Colorado, USA, starting graduate school, in what would turn out to be a long-lasting state of severe reverse culture-shock.

A short couple of weeks after I had arrived in this convoluted manner into one of the most affluent and privileged communities in the world, Ler Per Her was attacked by the Burmese Army's proxy Border Guard Force, burned and razed to the ground. Villagers were sent fleeing across the river into Thailand and those who could not escape in time were taken into forced labor.

These events marked for me a bittersweet recent return - not six months later like we had originally hoped, but five years later. Conflict has since ceased (at least for now, and hopefully for good...), and Karen people displaced far-and-wide have begun to make a cautious and tentative return to their home locale. 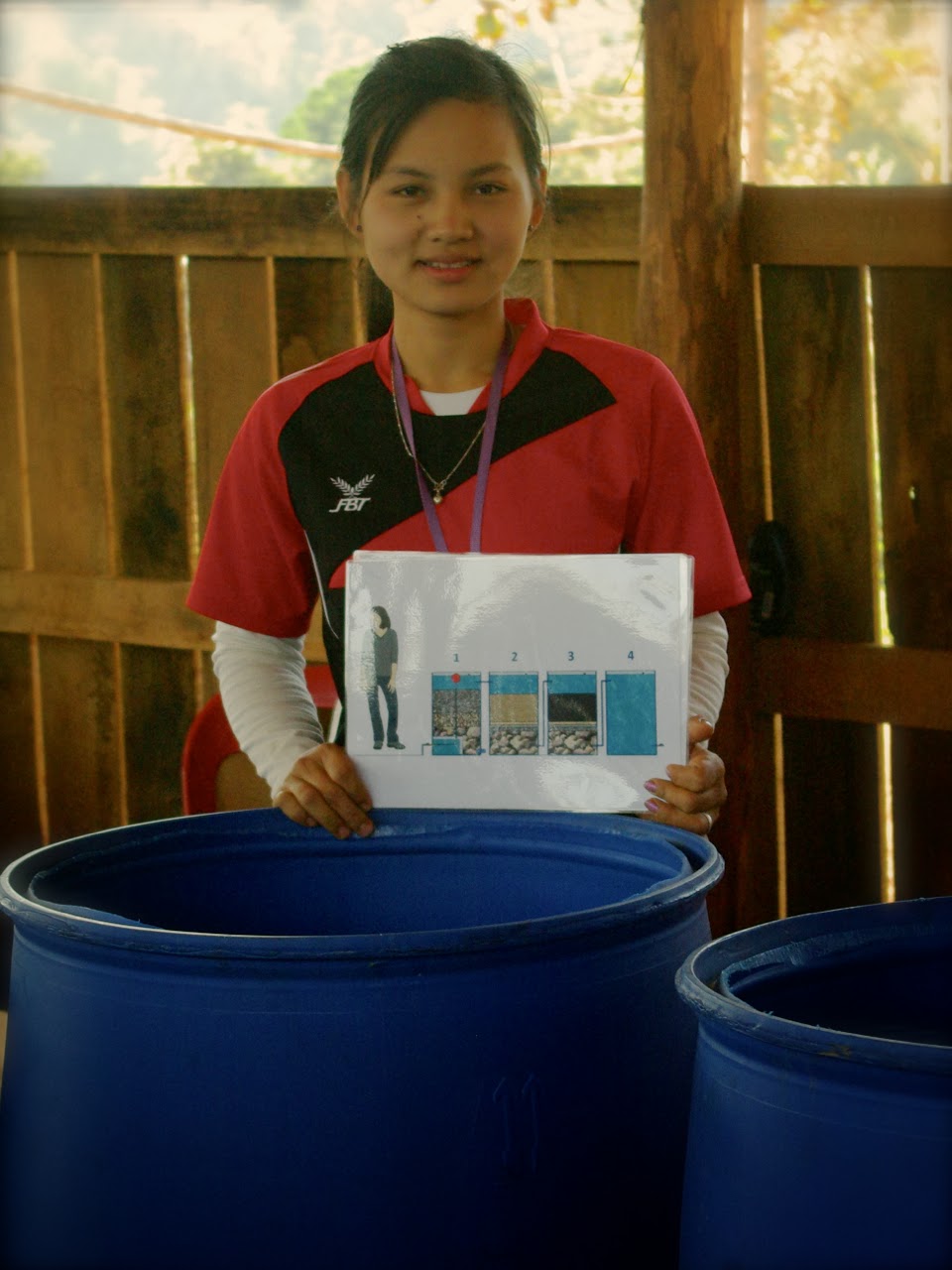 Over the past three days, 20 people came together from Ler Per Her and five other villages in the region to hold a water treatment workshop. We built a drum oven for making adsorption char and generated several batches using hardwood waste from a local sawmill. We constructed six portable water treatment systems, and installed one at the Karen National Union base in Ler Per Her. The other five portable systems will make their way to the difficult-to-reach jungle communities and be installed over the next couple of weeks. Our workshop was conducted without electricity - 100% of the fabrication and installation was accomplished with simple hand tools.

Securing access to safe drinking water in a sustainable and locally managed manner is critical to basic community development, and my colleagues and I feel immensely privileged to have been a part of this recent activity in Ler Per Her. Please see our Facebook page for more photos from the workshop.

Tremendous thanks to Khun Champee, Naw Gay Pho, Saw Hsar Khlo, and Saw Be Soe Toe for planning, logistics, translation, leadership, and most of all for making the workshop a lot of fun for everyone!

See the latest piece about Chemists Without Borders in Chemistry World, a news magazine of the Royal Society of Chemistry - http://www.rsc.org/chemistryworld/2014/02/humanitarian-chemists-without-borders
Posted by Lou at 2/23/2014 03:30:00 PM No comments:

Email ThisBlogThis!Share to TwitterShare to FacebookShare to Pinterest
Labels: Just So You Know

Hi! My name is Josh Kearns, and I am excited to be a guest blogger for Chemists Without Borders! 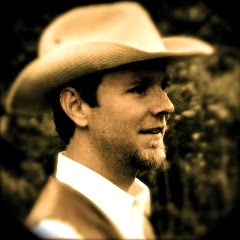 I began this work during a several-years break from academia, when I was living and working with migrant and refugee communities in rural SE Asia. These small farming communities, like many around the world, have bourn a heavy burden of pollution associated with chemical-intensive agriculture, mining, and industrial development. During my travels then and since, I have met with countless villagers struggling to secure access to safe drinking water in regions where, for example, runoff containing high concentrations of pesticides and herbicides impacts local water sources. Unfortunately, there is insufficient attention the development of low-cost, sustainable, and locally appropriate methods for mitigation of chemical contaminants such as pesticides.

My colleagues and I at NCSU and CU-Boulder are bridging this gap through our research program investigating biochars made from a wide range of surplus biomass and bio-waste materials as low-cost adsorbents. One of the ways that our work is brought to fruition is through Aqueous Solutions (aqsolutions.org), a non-profit organization that colleagues and I founded several years ago to provide water, sanitation and hygiene (WASH) consulting services to economically and politically marginalized rural communities in SE Asia. Aqueous maintains a field station on a farm in northern Thailand where we conduct research, development, and monitoring activities in the WASH sector. Through collaboration with local community based organizations, our work is part of a holistic effort to advance rural livelihood security that includes organic food production and seed saving, natural building and earthen architecture, and sustainable economic microenterprise.

I am lucky and grateful for the privilege to work as a laboratory and field scientist – and with brilliant and inspirational colleagues in both contexts! From my perspective, the transfer of knowledge and insights between lab and field domains is absolutely critical to solving the big problems of today. It’s probably straightforward for readers of this blog to imagine how discoveries made in the lab can be deployed outside the University to benefit society and the environment. But perhaps less appreciated by the science community in general is the importance of time spent immersed “in the field,” where interesting and imminently practical research problems present themselves continuously. Fieldwork is my source of inspiration, providing intellectual guidance as well as constructive feedback. Local friends and coworkers in rural SE Asia have shown me not only which research questions to ask, but how to ask them such that the results can be readily put into practice by the intended beneficiaries.

We chemists have a lot to learn from the everyday problem-solvers of the world working in developing communities around the globe. And through our knowledge of the chemical sciences we have something very valuable to offer in exchange. A recurring theme of these blog posts will be how we as chemists can avail ourselves of such opportunities for creative exchange, and thereby make a real difference through relevant and applicable scientific research.

I hope you will join in the conversation!

This is so cool!

A group of researchers has found a way to utilize mainstream technology to analyze a public health concern.  They are using a Smartphone camera with a special attachment and some pretty neat chemistry concepts to detect Hg2+ in water samples.  It is portable and relatively inexpensive compared to spectroscopic methods from what the article says.  I don’t know much about nanoparticles or metals chemistry but it seems possible to find some sort of similar technique to detect arsenic.  This sounds like it would be a helpful tool for the CWB arsenic projects.
From: http://www.cen-online.org/articles/92/web/2014/01/Smartphone-Attachment-Detects-Ionic-Mercury.html

Even Smarter Phone
A new smartphone attachment allows researchers to measure mercury ion concentrations in water samples by snapping a picture.
Credit: ACS Nano
A new attachment for smartphones allows scientists to measure levels of ionic mercury, Hg2+, in water just by snapping a couple of pictures. The device could provide a quick, portable screening tool for the toxic metal (ACS Nano 2014, DOI: 10.1021/nn406571t).
Scientists worry about Hg2+ levels because the ions can damage people’s kidneys, and, in the environment, microbes can convert them into methylmercury, a neurotoxic compound that accumulates in fish that people eat. Currently, researchers detect ionic mercury in water with spectroscopic methods, which use equipment that is expensive and isn’t portable. Aydogan Ozcan of the University of California, Los Angeles, and his colleagues thought a smartphone-based device would solve both problems.
Their detection method involves adding a water sample to a salt solution containing gold nanoparticles and single-stranded nucleotides called aptamers. The aptamers envelop individual gold nanoparticles, keeping them separated from each other. But if the water sample contains Hg2+, the mercury ions bind to the aptamers, stripping them from the nanoparticles. The gold particles then start to clump, causing the light they emit to shift from red to blue. As the mercury ion concentration increases, so does the shift in the solution’s color.
The researchers use this shift to measure the Hg2+ concentration. They insert two tubes of the nanoparticle-aptamer solution into the smartphone attachment: one with the mercury-tainted water sample and one without. The apparatus shines red and green light onto the tubes and directs the light transmitted by the nanoparticle solutions toward the phone’s camera. A smartphone application determines the Hg2+ concentration based on color differences between pictures of the two tubes.
The technique can detect Hg2+ levels as low as 3.5 ppb, which is less sensitive than traditional methods but is close to theEnvironmental Protection Agency’s drinking water limit of 2 ppb. Ozcan says they possibly could improve the detection limit by shining more colors of light on the nanoparticle solutions.
[+]Enlarge

Mercury Spotting
To detect ionic mercury in water, researchers add the water samples to a solution of gold nanoparticles (red, left) coated with DNA aptamers (blue lines). The mercury ions (orange circles) bind to these aptamers, pulling them away from the nanoparticles (right). The gold nanoparticles then clump up and change their color from red to blue. A new attachment for smartphone cameras allows researchers to analyze this color change to determine the water sample’s mercury content.
Posted by Unknown at 2/05/2014 03:29:00 PM 1 comment: